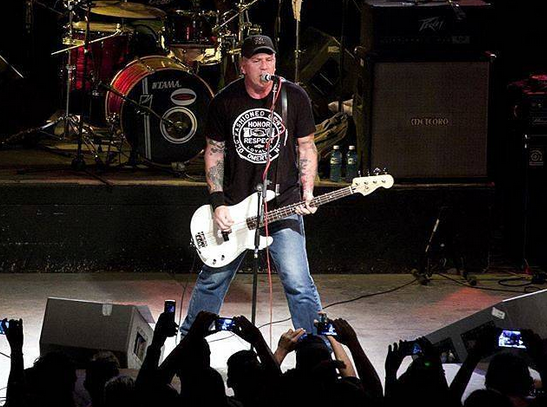 September marks the 25th anniversary of CJ’s initiation into punk rock’s royal “family,” and to celebrate, on November 25th Fat will release the single “Understand Me?,” a head-bopping melodic

September marks the 25th anniversary of CJ’s initiation into punk rock’s royal “family,” and to celebrate, on November 25th Fat will release the single “Understand Me?,” a head-bopping melodic garage-punk screed addressed to an unnamed listener who really doesn’t seem to understand him.

Was it actually written with someone in mind? CJ laughs and says, “Every girl I’ve ever dated thought I wrote hateful songs about them, or I’ve had friends like, ‘Are you trying to say that to me?’ It’s nice to put it out there without explanation and let people take it however they want.”

Backing Ramone on the single (and the upcoming full-length Last Chance To Dance) is the same all-star unit he pulled together for his 2012 solo debut: Dan Root and Steve Soto from The Adolescents and David Hidalgo Jr. of Social Distortion. Packing in even more punk rock star power, the single’s non-album b-side is a cover of Black Flag’s “Rise Above,” featuring guitar and background vocals by Dez Cadena of Black Flag and the Misfits.

While not strictly making music in the vein of his former band, Ramone doesn’t shy away from writing songs that hark back to the golden age of punk. “I was lucky enough to spend seven years in a band that I was already a huge fan of—arguably one of the greatest rock and roll bands of all time,” he says. “I want to do everything I can to keep that spirit alive as long as I can and get it to a couple more generations.”